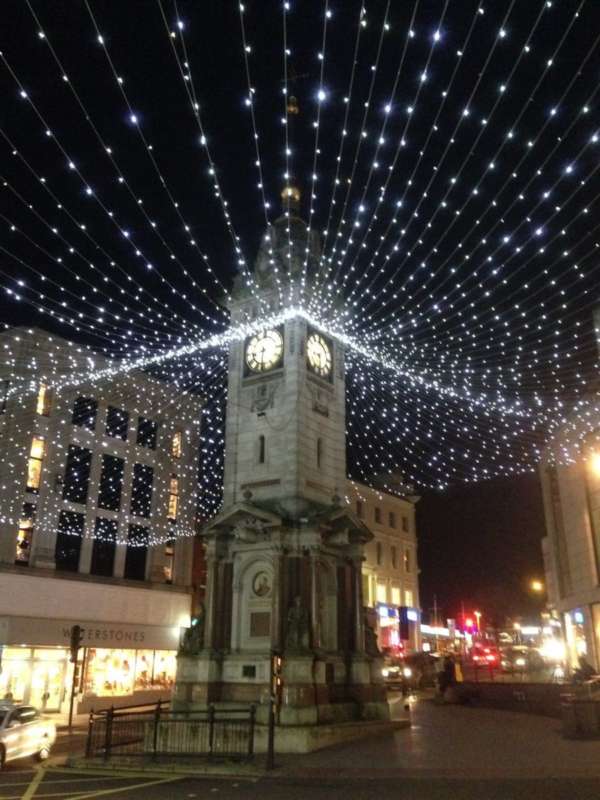 The final results and Splits and Winsplits now posted. Note that winsplits only displays common controls between each courses variations.Following an extensive analysis of the splits for course 2 it was decided that the best solution was to remove the affected legs. The SI team would like to thank everyone for an enjoyable event.

Happy Christmas To All

For several years I have been toying with the idea of running this race like a relay with competitors running parallel but different courses. I knew that some would cry 'unfair' but helped by the fact that IOF have been doing something similar with their Runner's Choice format I decided that this was the year to go for it. Early finishers commented positively on how their race kept splitting up and coming together again without realising why this was. For the record there were 16 variants of course 1, 8 each for courses 2-4 and 4 for course 5. I produced and formatted one version of each course first and then duplicated and edited the variants. Unfortunately on formatting the initial course 2 variant I transposed the numbers for controls 6 and 7. Unsurprisingly this caused much confusion for many runners. Deciding what to do was not an easy decision - taking out legs in a head-to-head race has bigger implications than in an individual race - but upon analysis we felt that this was the best solution. Next year I'd like to take you, at least partially, to a new part of the city but the logistics of this are becoming more difficult, so just watch this space.

Final Details are now available for the 10th Brighton City Race. This year the courses will visit all of Brighton's top attractions. Online entries open at Fabian4

Six courses will be on offer to cater for different ages classes. Anticipated winning time for each course (except course 6 - the junior course) will be 35-40 minutes.

Entries remain open on Fabian4 whilst there are still maps available for each of the courses.

Fees: Adults £10, Juniors U25 and families £6. SO Juniors should use helpers' code SOJuniorFreeRun.

There is no EOD at the event, but you can enter online until noon on the day of the event.