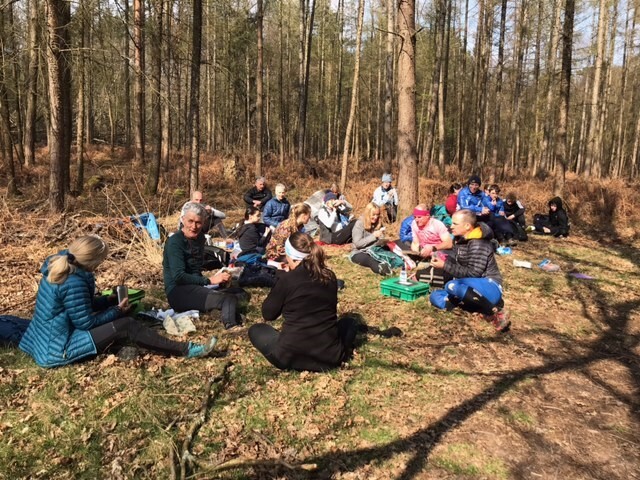 Will Heap, one of our Club Coaches ran a fantastic coaching session in the sunshine at Cowdray Forest near Crawley. Participants included children from the age of 11 upwards and adults of all ages who take part in orange to black courses. Everyone had a great day and learnt so much from the different exercises.

We started off with a gentle warm up, led by Scarlet and then split off into three groups.

Will and Ben took the TD3 (Technical Difficulty 3) Juniors. They started off with a grid exercise as a reminder on orientating the map, followed by a map symbol relay. Then onto the bigger forest exercises which started with a star exercise to practice accurate bearings. 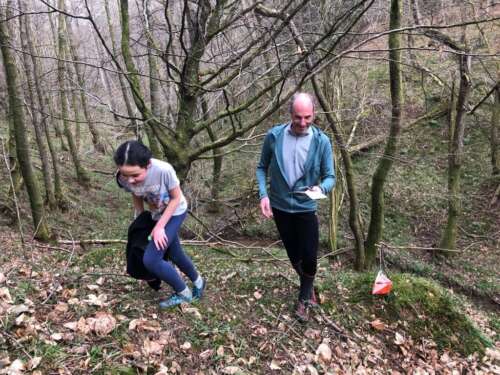 Next they practiced following line features such as vegetation boundaries, earth walls, ditches etc. and finally a snake exercise where they had to keep to a line by reading the ground carefully. All exercises were designed to understand the ground and the map even better.

Pete and Kate took the TD3 adults who also started off with the grid and symbol exercise, then went onto the snake exercise, followed by the star exercise to practice accurate bearings. The big learning points were an appreciation of what's on the map, understanding the scale of the map and how important it is to orientate the map. 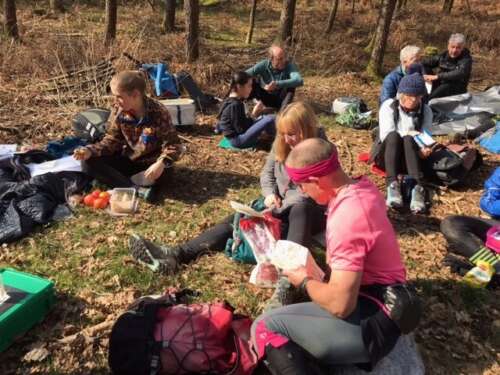 Scarlet and Anna took the TD5 adults who started off with the star exercise to get used to the map and check their bearings. Then they moved onto a really useful map memory exercise which was done in pairs. This encouraged people to picture the leg ahead and simplify the route by looking at bigger features. Finally this group did a corridor exercise which encouraged them to focus on a straight line and use collecting features and handrails along the way. The main learning points for this group were to remember to step back and look at the bigger picture on the ground and not necessarily expect to find every fine detail. If you fancy having a go at map memory, there will be a suitable exercise at Tilgate Park on 9th April 2022.

Everyone stopped for a well-earned lunch rest in the sun and talked through some of the useful exercises from the morning. 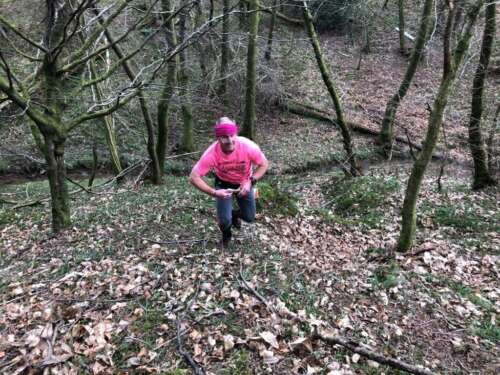 After lunch everyone took part in a fun Harris Relay. Five teams were made up of mixed abilities and ages. Each team member had to visit six core controls and then decide which team members could visit an extra seven controls. 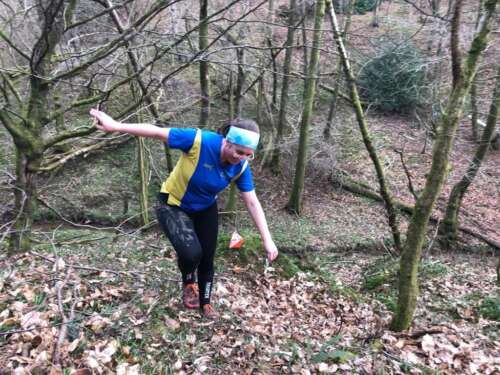 All the teams made it back with smiles on their faces.

Everyone felt like they'd learnt a lot and we would hope to run something similar again this year. Please let Will know if you are interested in a future coaching event.