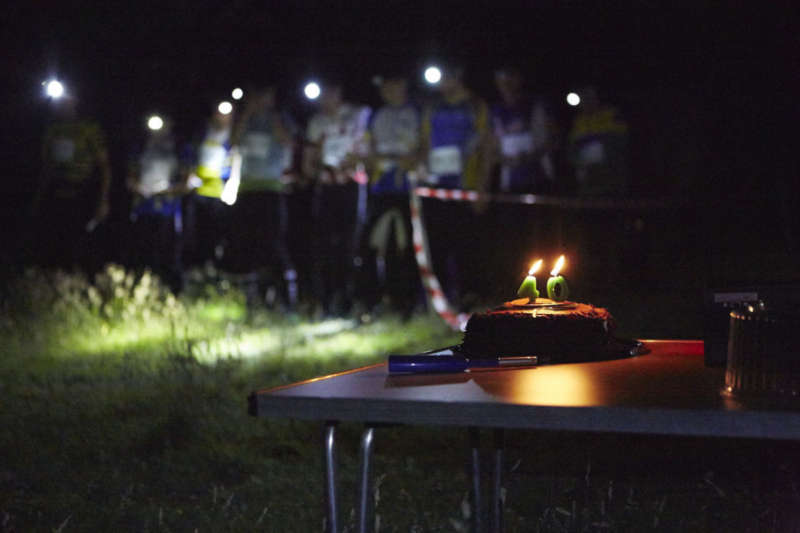 40 YEARS OF THE HARVESTER RELAYS

This was the first time I have been asked to be the organiser of a national event B level and what a step up is required and great to have 2 very knowledgeable adviser in Neil Crickmore, planner and Gordon Parker, controller; I learnt a great deal from both of them. My first comment is to Karen Ashworth for the draft Risk Assessment and Safety Plan I was given. The final document was read by a couple of teams stating what an informative documents they had read. So thanks to Karen who always comes up with these draft documents every time we plan, control or organize. The hut we hired from the Crawley Girl Guides proved such a wonderful facility to run this event from. Competitors to have a little comfort away from home with toilets, showers, kitchen and a large room to meet and greet other team members. To view the radio control system to see how their team competitor was progressing and gain a better estimate when he or she must take over the next leg.
What gives me great heart is that over 25 Southdown club members (apologies too many to name) volunteered to ensure that I was
able to build, compute, deliver, tea and coffee throughout the event and bacon baps for breakfast, then presenting results and prizes, cleanup and dismantle the set up. Without you, it would not have taken place with many of you taking on your task, immediately after running.

If you have found the lost item or the key belongs to you contact Ralph at:

Having personally run many Harvesters in the past I felt it only reasonable to consider staging one given the clear dearth of offers being made to BOF events scheduling group in recent years. The main problem being that most of our forests are taken over by bracken and/or nettles in June. Three years ago I decided to scout out a few areas to see what might be viable and found that Tilgate had potential. About half the area was going to be difficult to use but just perhaps something could be made of the rest. An informal comment to Nick Barrable last year saw Southdown’s offer to host the 2018 Harvester appear in CompassSport and then on the BOF Fixtures list. A further, more extensive, visit last June confirmed my earlier belief and organizing started in earnest. I identified three potential event centres, the one we ended up with was my favorite but there was some resistance to a forest camp site. As the other two options proved non-goers we approached the Park again with a more detailed plan and found the events manager very supportive. Finding that we could hire the lodge was then a veritable cherry on the cake. Having recently started using LIDAR data to assist remapping projects I decided that it would be a good idea to completely resurvey and draw the map and hopefully get rid of all those little inconsistencies that many historical maps have. I made use of Dave Peel staying with us to map the 2017 JK relay area on which I was planning, to grill him on how best to undertake a mapping project much bigger than I had ever undertaken before.

In general I’m not a fan of mappers planning on their own new maps but really quite fancied planning the event (especially since I wouldn’t be able to compete) so thanks to controller Gordon and son Jonathan for not being afraid to point out problems with the map. The use of the main Park, the Forestry Commission land to the South of M23 and the golf course provided the potential for variety in both terrain and speed. Unfortunately the golfers start early in mid-June so I couldn’t take the final, long, lap on the 7-person relay there - which therefore resulted in a rather cramped course for them.

The bracken couldn’t be ignored. I had a pretty good idea of where the worst areas would be and tried to keep the control sites away from these. On individual legs competitors could decide whether to venture into blocks of vegetation or take the longer path routes round. Two weeks before the event, and just before the maps went to print, I took a last walk around the area mapping areas that I considered to be significantly affected by bracken with the undergrowth screen. I realised on the day of the event just how much vegetation can grow in two weeks. As a result some of the smaller paths, those not regularly used by dog walkers or golfers, were more difficult to find – particularly at night and some areas that were "white" now had a much greener tinge to them.

On the day the event seemed to run pretty smoothly. Ralph ran his organizing team with his usual military precision and Les ensured that the results were produced and displayed without undue fuss. Gordon was very thorough as a controller and spotted many little problems and also suggested a number of potential improvements, often I would disagree with these but he was happy that the issue had been thought through and the outcome justified. Gordon also went beyond his role by assisting us with integrating the two radio controls into our results system. It certainly enhanced the event significantly.

Congratulations to the various trophy winners and in particular to FVO for not only travelling such a long way to compete, and for once again winning the 7-person race, but most importantly for finishing within 6 minutes of my planned winning time of 7 hours.

The UK's little brother equivalent to Tio Mila and Jukola. An overnight relay with a mixture of night and day laps for teams of either seven or five competitors. Final Details now available

Camping and assembly will be around the Tilgate Forest Recreation Centre.

If you haven't got a team to run in, or your club is looking for an extra runner try the runner bank Runner bank

Team declarations should be made on Fabian4 by June 21st

The event will be enabled for contactless punching with SIACs available for hire if required.

Mixture of woodland and parkland either side of the M23, with the night courses also making use of a golf course.

We have booked one of the lodges which will provide indoor toilet and shower facilities. There is a pub within 5 minutes walking distance of the assembly area, as is the K2 leisure centre with cafe. Tilgate Parade with a variety of shops, a takeaway and another pub is within 1.5km of the camping/assembly area. 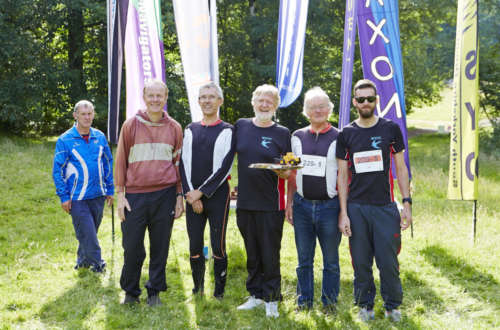 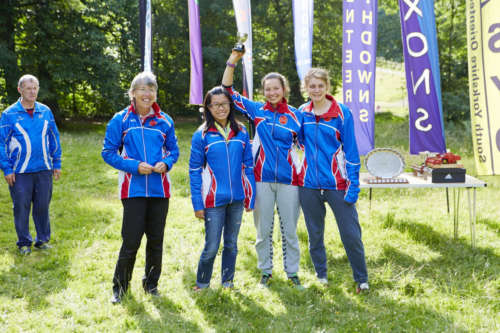 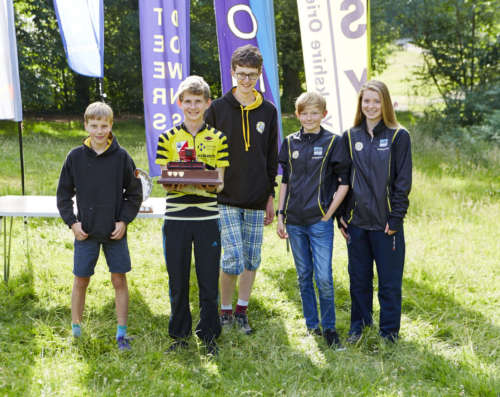 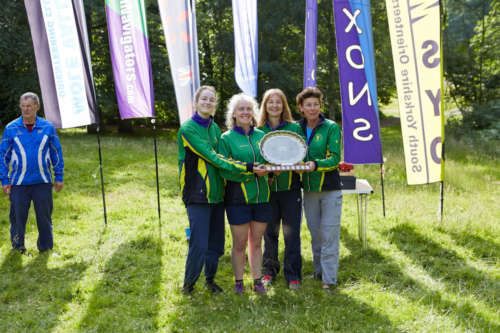 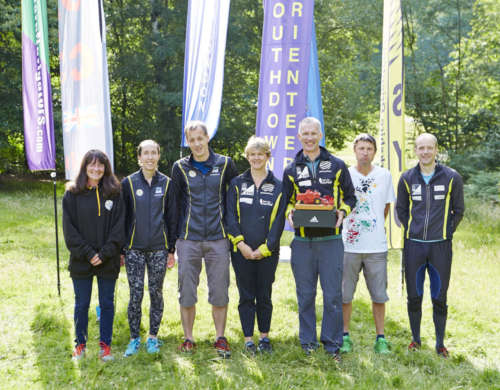 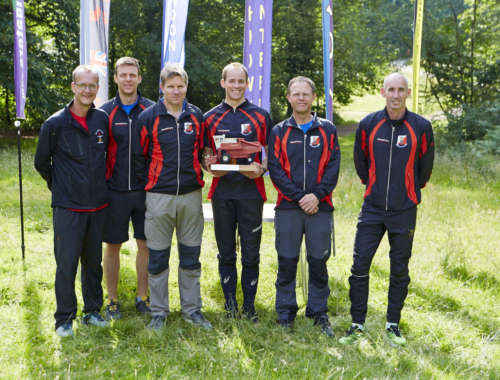 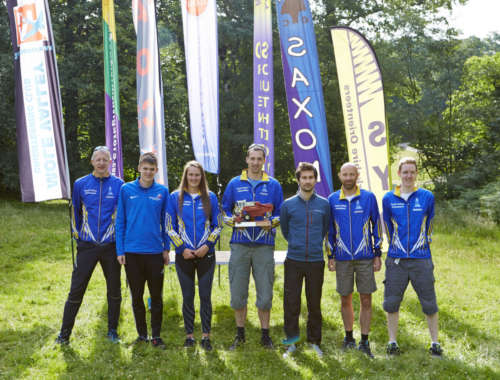