SO Success at National Championships 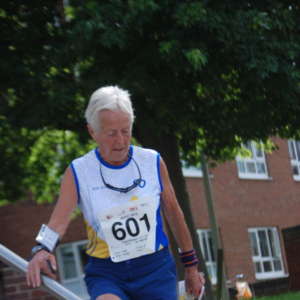 SO came away with a clutch of six medals from the British Sprint and Middle Championships. Congratulations to M8o Middle Champion Roger Maher who also won Bronze in the Sprint. Jonny Crickmore also won two medals Silver in Middle and Bronze in Sprint while there were Bronzes for Tommy Heap (Middle) and Ruth Rhodes (Sprint) 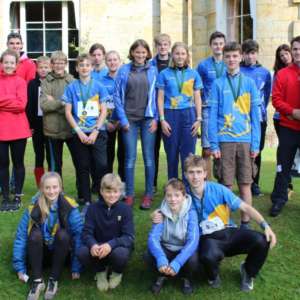 Early on Sunday morning 19 members of the SO junior squad competed in this year's Peter Palmer Relays which was hosted by SAX. It's always exciting, but for the first time ever the squad was able to field four strong teams and were competitive in the main PPR as well as the daybreak competitions. 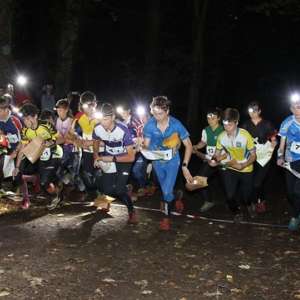 One of the highlights of the junior calendar is the Peter Palmer Relay, this year being held locally at Kidbrooke Park and Hindleap Warren, near East Grinstead. This 6-leg night/day team relay is for juniors M/W12-18, with legs from yellow to green standard. Juniors from all over the UK will be running and overnight accommodation will be based at Michael Hall School in Forest Row.

Get in touch with our junior team manager Alex Lines if you want to be part of the team. More details are on the Saxons OC website. There will be a night training session for all members on Saturday 31 August at South Chailey. Bring a torch! 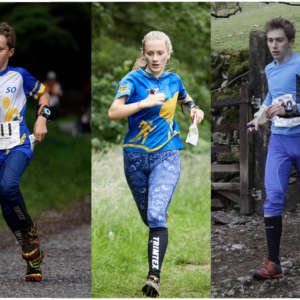 Huge congratulations to the trio of Heap juniors, Tommy M14, Scarlet W16 and Stan M18 on their selection to the England team. A fantastic achievement!

They will be competing at the Junior Home Internationals in Northern Ireland on October 12th and 13th. The full team can be viewed here. 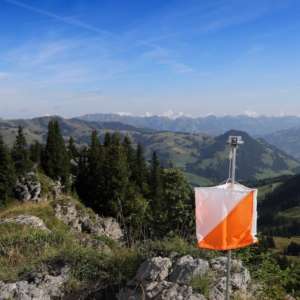 SO take a break from mainstream events over August and are back with the Autumn series in September. We do still carry on with our Tuesday evening runs which are popular and can be seen on the events page. During the Summer many club members travel further afield to take part in multi-day events such as: 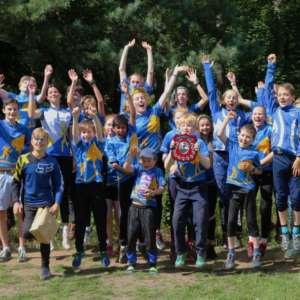 The Southdowns Junior Squad travelled to Sandringham today to compete in the Yvette Baker Trophy Final. It was a great result for our 28 competitors who picked up the trophy for second place. Results and photos are now in. More photos here. 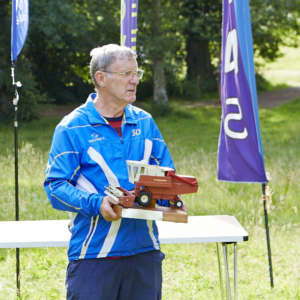 Great news - Ralph Phillips has agreed to stand as Club Chair and was voted in at the committee meeting on Friday. Ralph can generally be found in the SI tent at events or can be contacted by email. Club committee meetings take place every month, so if you've got something that needs discussing, please contact Ralph. 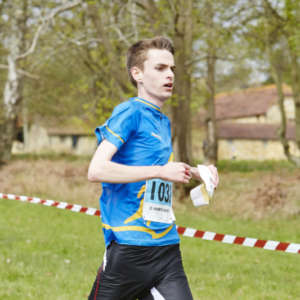 Welcome to our new club secretary, Liam Marsh and social secretary, Jane Lambert. They were appointed at the AGM on 1st June and will join the large team who help to keep our club active and vibrant. Please contact them via the contact page if you have any good ideas. 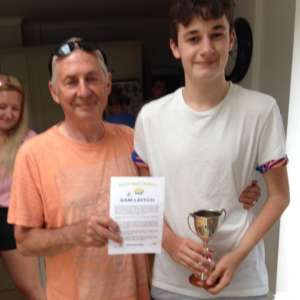 Are you a regular tweeter who comes along to many of our events? We need your help to raise our profile. We have a small team of people who do a great job of publicising events through the website and social media, but we think we could do better and need some extra help with our twitter feed. Please contact Anna Chapman if you can help us.

Medals at the British Champs in South Yorkshire 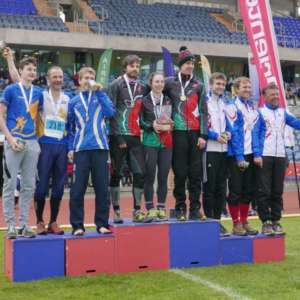 Roger Maher M80 does the double and becomes British Champion and JK Champion. Roger is going as strong as ever and combined fast running with careful navigation across the Yorkshire Dales to bring home another victory. 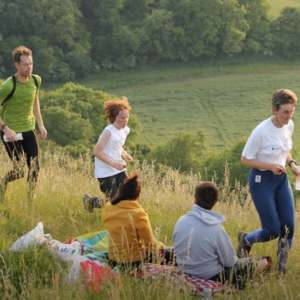 It's that time of the year when there is enough daylight to enjoy runs around the Sussex countryside on a Tuesday evening without the need for headtorches. This popular series will start with a run from Ditchling Common and will hopefully take in some beautiful bluebell woods. Details of all trail runs will appear in the events section - though sometimes just a few days beforehand. We are always looking for suggestions for new routes (see link below).

Congratulations to Lucy and Matt 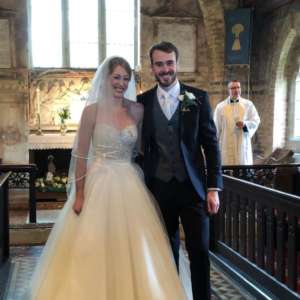 Lucy has been Orienteering since birth and introduced Matt to Orienteering when they met. She has been teaching Matt some techniques but we think he may have a way to go to catch Lucy! Congratulations Lucy and Matt. We look forward to seeing you in a forest soon!

What not to do in a major relay 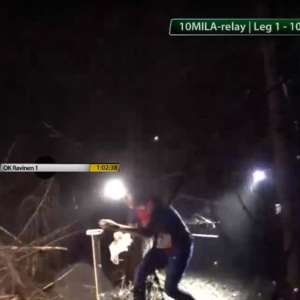 Find yourself at the front! It's a well known saying that you can't win a major relay on the first lap but you can certainly lose it. The first major international relay of the season took place in Sweden over the weekend of 27/28 April with many GB squad runners competing for their Scandinavian clubs. Jonny Crickmore was running first lap for OK Ravinen's first team and twice took a route to the left when just about every other team went straight. Fortunately they proved good choices and he actually gained a few seconds over the main pack on one of them. 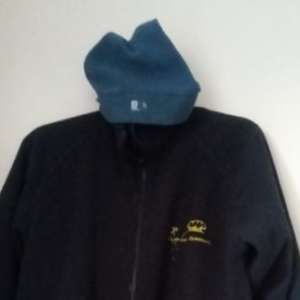 A couple of items of lost property have found their way to the club captain.

1) A d2b thermal hat found after the Southwick Hill event

I'll bring them to Rivers wood, or contact me via contacts page

Ensure you have your say!  British Orienteering is inviting coaches and all those who are or have been involved in coaching orient...

Seven more FREE sessions are scheduled to take place during January 2022 at this year&#39;s conference....

Development Conference gets off to a great start - Week 1 Summary

Get 20% off ALL British Orienteering eLearning Courses this January

Source: On behalf of the Orienteering Foundation...